There ARE other teams(we'd have no-one to play otherwise) and here's where all-comers can discuss the wider world of football......

In January, the Scouse sold Torres for $50m. Brilliant bit of business, but 2hrs of desperate panic buying later they've burned $57m on a ponytailed Pike and an oompa loompa.

This window the Bindippers have dug deep and come up with $20m for a Mackem trainee - that pays for the whole Sunderland youth programme for the next two decades. Blackburn are queuing up to offload Phil Jones for Monopoly money as well. We should set a $15m pricetag on Mark Davies or Muamba. I find it laughable. It's abysmal business.

Don't get me wrong. They are decent young players but they're paying 3 or 4 times what they're worth. They will all expect a commensurate salary. This inflates the player's (all players actually) head with the wrong message by the time they are 25 they will have a demand $200k plus or leave on a free.

Now the Scouse will get on their high horses about how talented and young and English they are... but you aren't scouting these players at a lower level (youth or Championship) you're grabbing established Premier League player and paying through the nose for it. You're creating under-pressure primadonnas. Tottenham used to have a fetish for young English players but at least they snared them from lower levels and younger and offloaded them quickly and quietly when they didn't work out. The inflated wages you will be forced to pay will leave you stuck with the likes of Robinho and Bellamy and on the books. Good luck offloading them. None of the big teams will want your local castoffs and none of the others can afford them. The media will be all over it.

Where's the money coming from? Whose the Sheik of Scouse? We laughed - quite rightly - at Citeh, but at least they bought an international who's who of World Cup stars. Liverpool's spending the same money on your neighbours boy.
They're not even in Europe. I think bankruptcy is natural conclusion to this course.

What do you guys think?
What could've happened; did.
Top

It's funnier to me that someone somewhere has valued N'Gog at circa £7m. Wouldn't pay 7p for him.
Top

Who's the Oompa Loompa?
Professionalism, the last refuge of the talentless
Top

I have him down as Freddie Mercury, missen. 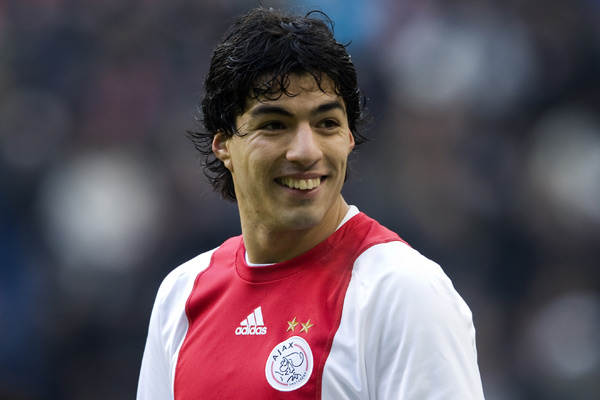 Now you see thats what I thought, and in that case, I don't really think its a humourous signing, the lad did well... I thought he'd be Forlan mk2, but he wasn't....

£35m for Carroll then I grant you that was a panick buy, but Suarez... decent signing him... scored more goals than your man Torres as well..
Professionalism, the last refuge of the talentless
Top

Didn't Carroll score more goals than Torres? In the two games he played.

That's my point. They are overpaying to a ludicrous extent.
67kg Henderson looks like an even more effete Scott Parker or the guy from Gimme, Gimme, Gimme. I can't see him cutting it in the league.
What could've happened; did.
Top

I have him down as Freddie Mercury, missen.

That is a good call!
What could've happened; did.
Top

Suarez is an excellent, excellent footballer
"I've got the ball now. It's a bit worn, but I've got it"
Top

Agreed, and I don't think £22m is that bad for him given the market rated for strikers...
Professionalism, the last refuge of the talentless
Top

I think Suarez was a good buy. Carroll? Way overpriced in my opinion, and not sure if his style is suited to Liverpool. I guess we will find out.
Top

United spending £16m on Jones from the Dingles

another one overvalued by roughly £10m
Top

That's my point. They are overpaying to a ludicrous extent.
67kg Henderson looks like an even more effete Scott Parker or the guy from Gimme, Gimme, Gimme. I can't see him cutting it in the league.

Professionalism, the last refuge of the talentless
Top

Lofthouse Lower wrote:United spending £16m on Jones from the Dingles

another one overvalued by roughly £10m

I'd rather have Jones than Cahill.
Top

Could be good for England that the future central defensive partnership plays together at club level as well.
Top

The bin-dippers got themselves into financial hot-water. The owners were then robbed (par for the course, really) of their club .... which I don't think is over by any means btw.

Now, tho the Torres money was vg, they had been offered £40m plus Sturridge. Maybe the 'oompah-lumpah' means they felt they didn't need him.

To be fair Suarez is a good buy.

Meanwhile they are linked with every £15-25m player who the paspers can spell. Much may be no more than paper talk, but watching them is like seeing someone who's had their credit card cleared simply go out on an almighty spending spree.

Their budgetting presumes European exploits. This will simply end in tears.

Where's that Benitez thread when you want it ?
Not advocating mass-murder as an entirely positive experience, of course, but it had its moments.
"I understand you are a very good footballer" ... "I try".
Top

The Henderson deal just beggars belief imo and doesn't bode well for the rest of the transfer window if this is the going rate for here today, gone tomorrow footballers.
"Get your feet off the furniture you Oxbridge tw*t. You're not on a feckin punt now you know"
Top

bobo the clown wrote: To be fair Suarez is a good buy.

Meanwhile they are linked with every £15-25m player who the paspers can spell. Much may be no more than paper talk, but watching them is like seeing someone who's had their credit card cleared simply go out on an almighty spending spree.

Their budgeting presumes European exploits. This will simply end in tears.

Agree with all the above. Point of the thread really.

I like Suarez but he was a $22m gamble, which seems to be how Liverpool roll now. I thought it was bad enough when Benitez was there but it's gotten worse.

Which is good for us in a way, but I fear the whole market might be tainted with every Tom, Dick and Jordan being priced out of it.

The 400k we spent on Eaves is about right for the risk, not the $20m on Jordan or $15m on Jones. Jones is getting a $40,000pw contract, Eaves is on chickenfeed. We can be patient with Eaves with no pressure on him. The first f-up Jones makes will gleefully be pounced upon by every tabloid in the world.
What could've happened; did.
Top

citing suarez as a bad signing

get a grip
Top

Don't get it - Moneyball/Sabrmetrics is about finding value in players by looking at things differently to the norm. Liverpool are just going out and overpaying for the most overpriced footballers in the world.

Or are they just trusting their manager like a good board, depends which way you look at it.
http://www.twitter.com/dan_athers" onclick="window.open(this.href);return false;
Top
Post Reply
1973 posts

Return to “Other Footy”

Users browsing this forum: No registered users and 5 guests