All
For a little nostalgia maybe, or just to help me with something thats been bugging me for ages......

I've recently re-done my home office and now, hanging pride of place on my wall, is a signed Bolton Shirt, thats been hidden away for far too long. Anyway...
The shirt was given to me in 2003 as a gift by someone who was working at the club at the time. I was then lucky enough to spend a few weeks at the club a couple of years later and got some additional signatures, so the period it covers is roughly roughly 2002 - 2006.

I've been through it trying to identify all the signatures, but I'm stuck on a few and wondered whether the esteemed viewers of this forum might be able to fill in the gaps? I've uploaded a couple of photos of the shirt, along with a key for the signatures, and my guesses below - any input would be massively appreciated.... 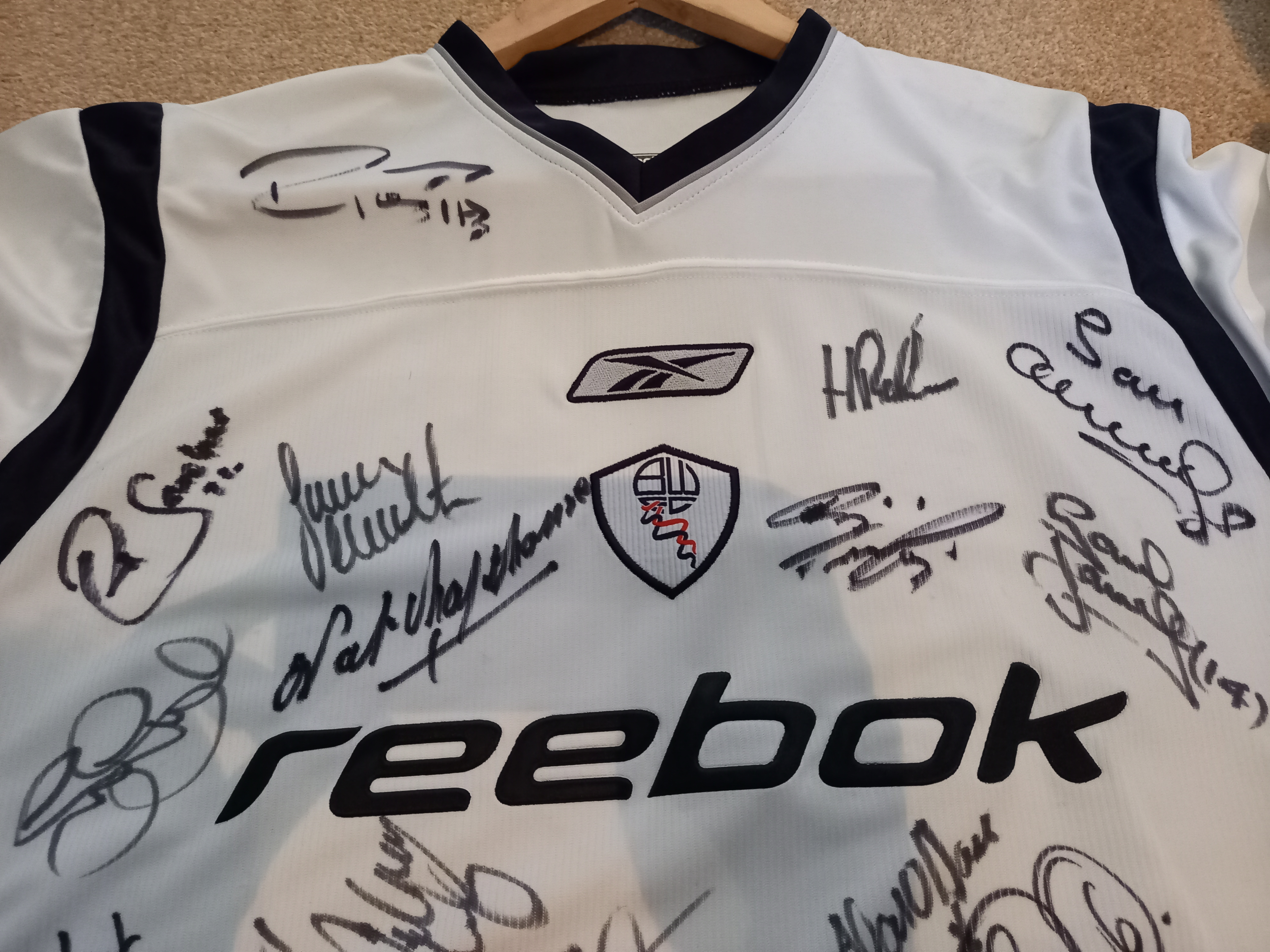 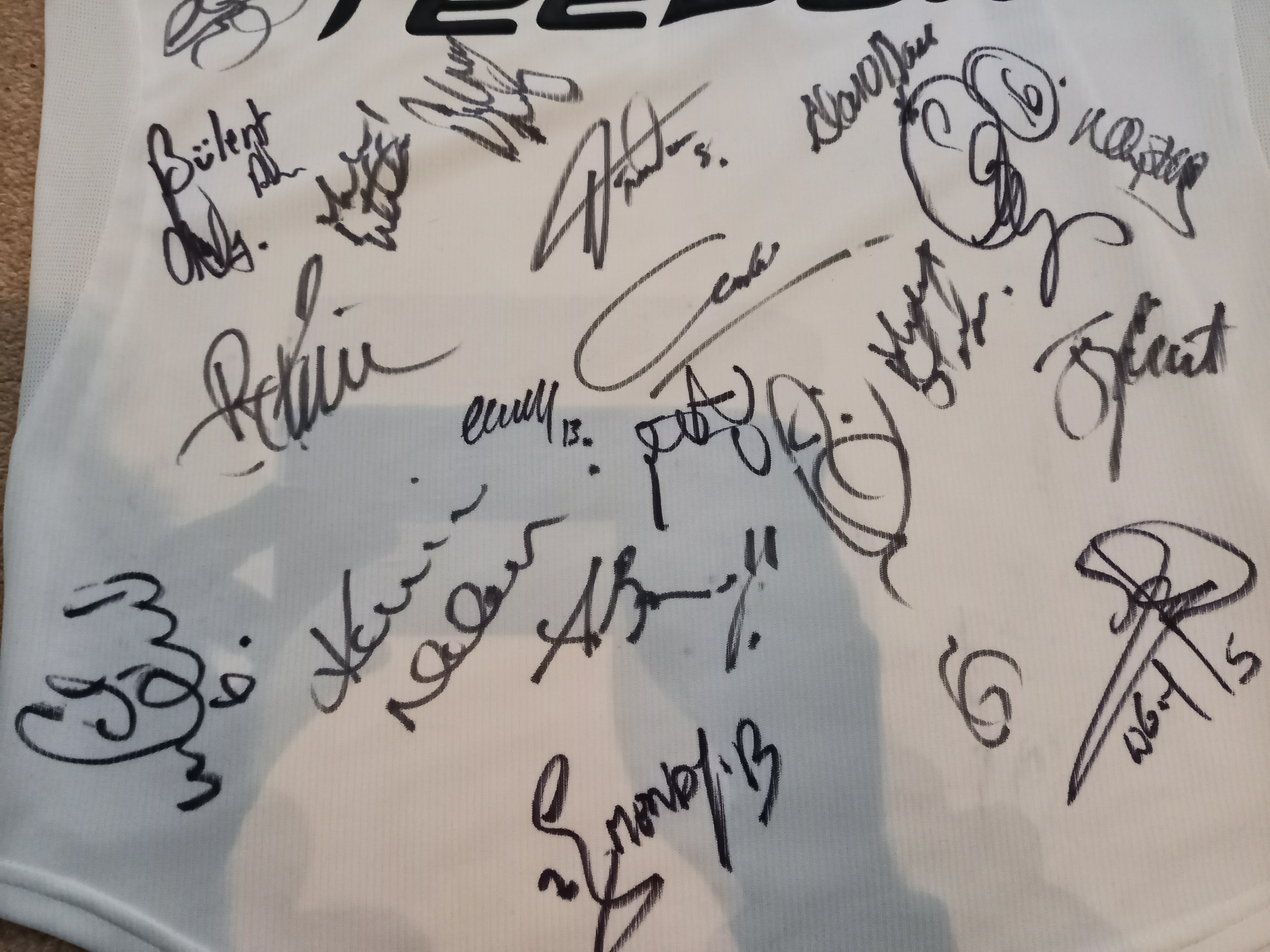 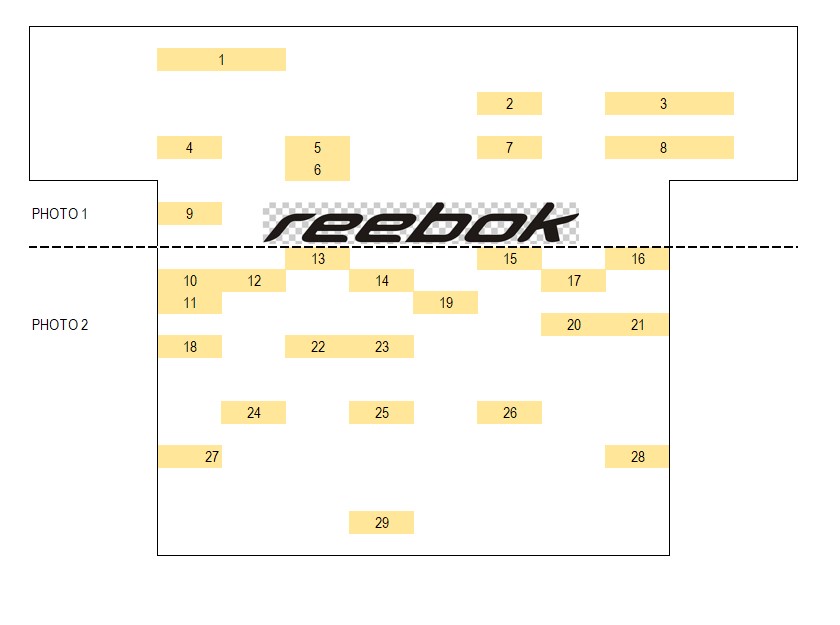 Phil Brown (the one dead center that looks like PP B___ ):
https://www.google.com/imgres?imgurl=ht ... gAegQIARBc

Paul Warhurst (for clarity more than anything):
https://i.ebayimg.com/images/g/TyAAAOxy ... s-l300.jpg
Top

Nice one. Dumb question, which ones are you thinking of for Banks and Poole?

Not a dumb question. Was simply going through the list using players from that era in google, so 'Signed Banks Bolton Shirt' or something to that affect in order to help restrict the pool of players to a smaller pool.

In terms of the scope in which players could've been signed here...

Given that this is not restricted to just players, as you have Phil Brown and Sam Allardyce on there, I believe this is not an unreasonable assumption to say that #6 is Nat Lofthouse as per this link:
https://www.a1sportingmemorabilia.co.uk ... -sl079.jpg

Ach, you've already got that one.