Through the looking glass.

If you have a life outside of BWFC, then this is the place to tell us all about your toilet habits, and those bizarre fetishes.......

Through the looking glass.

I know it's my age, and I freely admit I've been and done all the things one does growing up including being a know-all clever dick with the rest. Time moves on and things change, but I feel I'm living through that looking glass that Alice found. It's all so weird. The reasons being:

It's January, four inches of snow are forecast; Today I saw at least four blokes walking about in hoodies and shorts. Postman wear shorts all the time, weather regardless.

The Bolton News tells of motorbikes being confiscated and put in a crusher by police (they actually appear for things like that) . Who can afford to have that happen to an expensive bike? ...and still the kxxb-heads come back for more racing round roads like madmen.

Three 15 year old school kids are in hospital for taking "bad" drugs and a man and woman have been arrested for supplying them (are there any good ones?)..

Women are walking about in ripped jeans that Worzel Gummage wouldn't wear, turning out for nights out in the same and going to the supermarkets in pyjamas.During the summer I saw a couple of women gardening in pyjamas more than once.

Nobody seems to go anywhere without a bottle/can of something in their pocket and it's a one-armed world as everybody is talking on mobile phones all the time.I'm making nothing up as I go into Bolton or Farnworth at least twice a week, quite often more and these things are the norm.

Women are in love with their asses, spend stupid money on implants, false eye-lashes, Nail extensions, facial alterations that make them look like gargoyles and more tattoos than Popeye.( The word "fat" has now b een obliterated in favour of "curvy" Really? ) Oh, and eating is now officially a national pastime.

Parking: every street and road has cars parked on pavements and, living near the hospital I wouln't want a car again for love nor money. You cannot move. You won 't find a traffic warden within two miles of the hospital or the courts would explode. Road tax and insurance? What a laugh. The courts are on overtime for motoring offences and burglaries. Lots of once proud semis in our area are either converted to house hordes or landlord owned for rental and most of the gardens have disappeared in favour of drives and paths for car-parking.

Well, that about it for now. I'm of to watch "Dancing on Ice" and then I may visit Narnia. There'll be more sense there. Cheerio for now.

Settle down, TANGO, I'm sure most of 'old' fellas have done silly things as youngsters. In 'our' day they were probably 'pranks' or 'high spirited behaviour' expected of young males.

This image below is me back in about 1963 on a controlled opposite lock as we come out of a bend on a rather muddy circuit of the in-construction parking lot at a place called Apple Tree Bay. It might not look like it but the car was moving sideways when that photograph was taken. The car is a 1927 Chevrolet. It had significantly different facilities to today's cars.

Crank to start (manual), although advancing the ignition lever - on the steering wheel column - would quite often save the owner the effort.
No front brakes.
Vacuum powered fuel supply (i.e. no fuel pump) which, all being well, kept the intermediate, not very big, tank topped up and the fuel then fed by gravity to the inlet manifold.
Rear brakes external contracting - meaning that the brake linings were on the outside of the brake drum. You can imagine how wet weather affected their performance.
The wheels comprised a hub, wooden spokes and a rim. The steering wheel was beautifully crafted from a number of sections of bent timber with joints the name of which I have no idea but interlocked like putting together the fingers of your hands, except they were pointed.
The fuel gauge was a dip stick. In my case that was a piece flat timber. The speedometer was a vertically mounted cylinder. The accelerator and brake pedals were transposed compared to the standard clutch/brake/go system. The engine boasted external pushrods. No synchronised gears; it was either travel around making awful grinding noises or learning quickly the art of double-declutching - both moving up and down the three forward gears.

If you did what I did in my youth today with a 40-year old clunker you would have your licence cancelled before PC Plod could finish his sentence of approbation.


OK, that was a bit of nostalgia sneaking through, so my apologies for sharing the trip.

I think that obesity is a very serious problem. Over the last year or so I have come across and ogled photographs of many, many years ago - say, before and just after world war II. Perusing those images made it obvious to me that when those photographs were captured on film very few of the people included, portraits or those that included crowds, were fat, never mind obese.

Oh, yes. You have never seen an image of me before have you? The other image is me, back again in the early '60s, striking a pose on the boot of my brother's Zephyr. 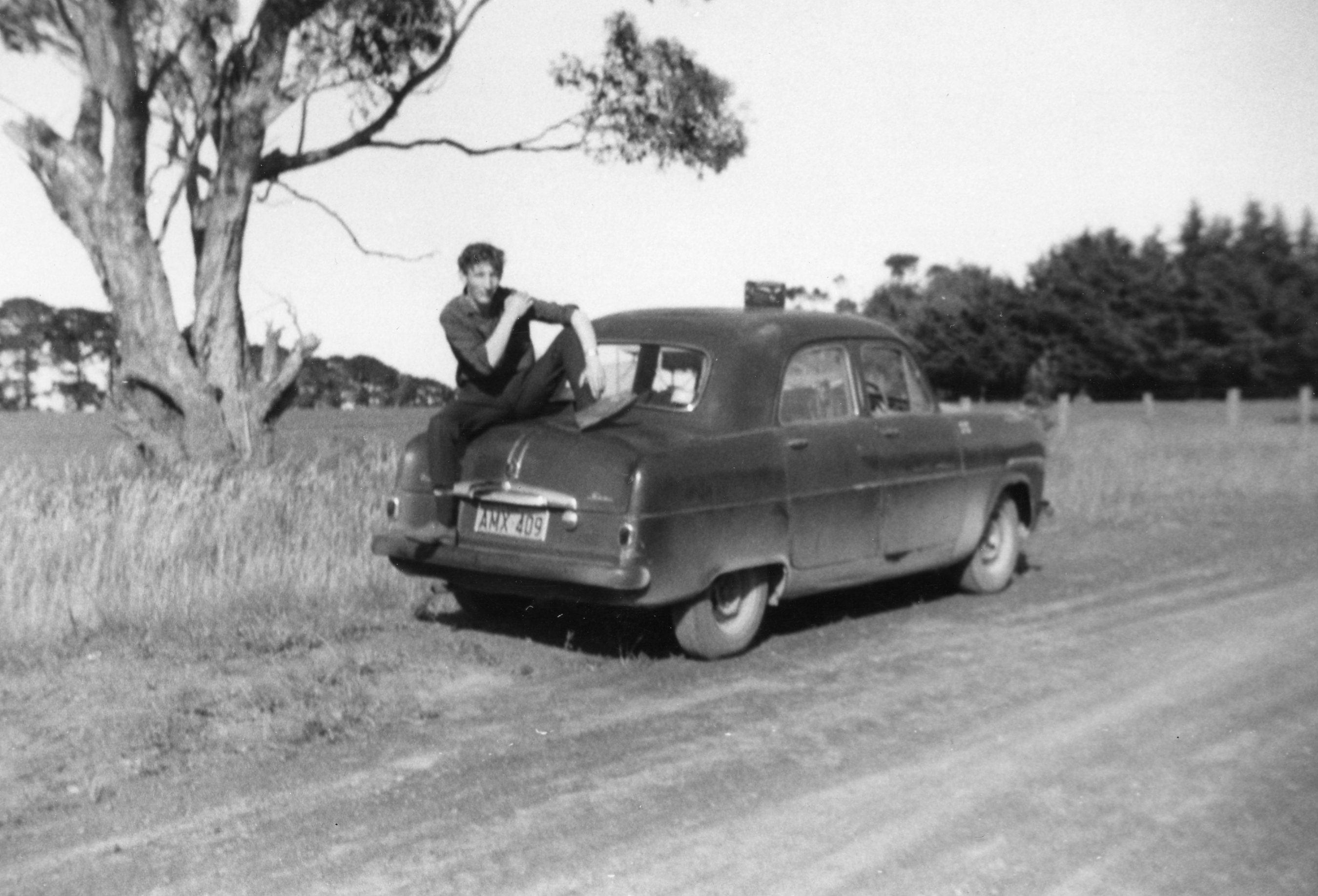 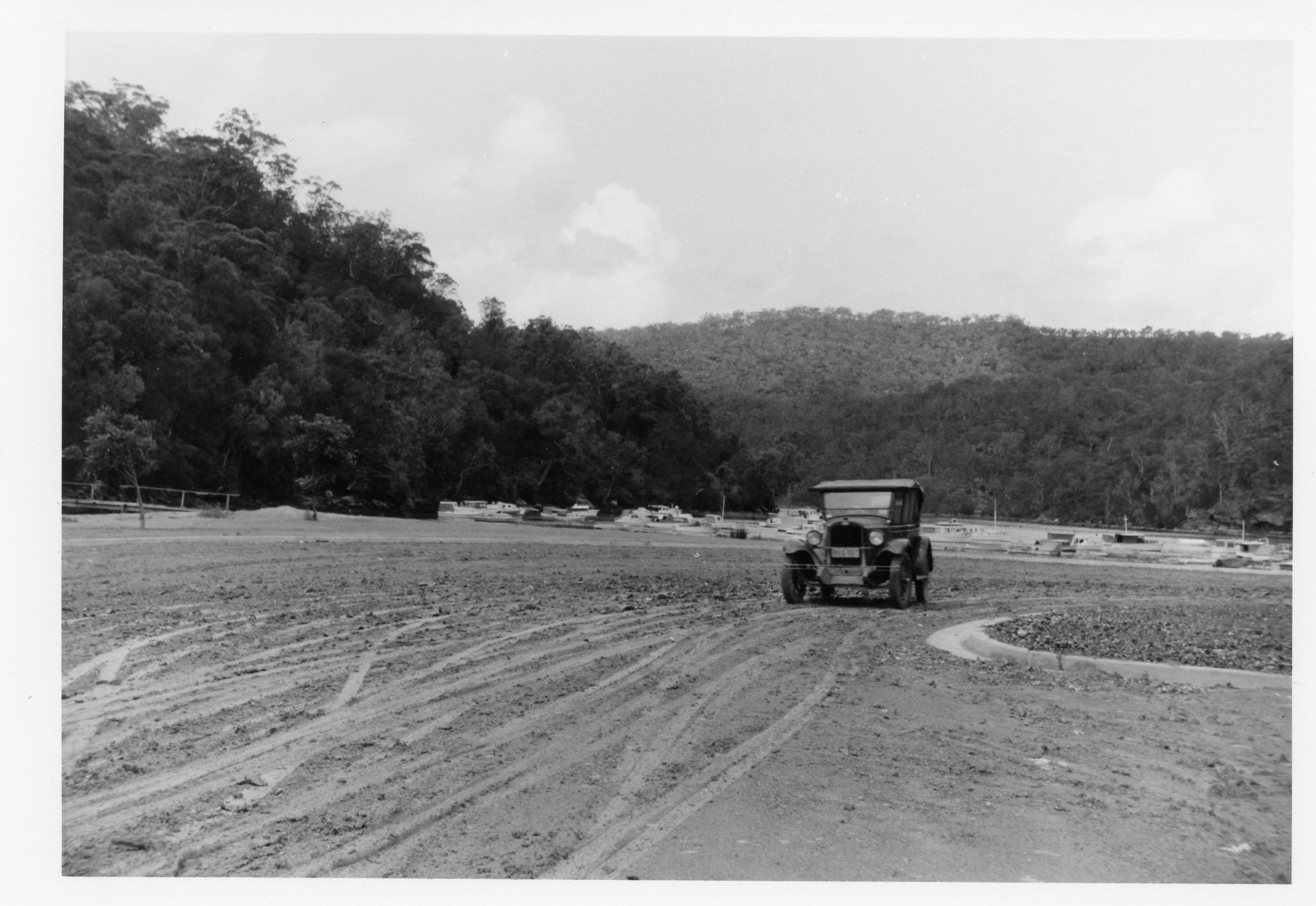 I think you've put those pictures the wrong way round, D.

I had a hell of a shock scrolling down looking for this photo of a car I'd be surprised to find was moving sideways at the time!
In a world that has decided
That it's going to lose its mind
Be more kind, my friends, try to be more kind.
Top

That's not a leopard!
頑張ってください
Top

Bet there's no accompanying Facebook film of the incident though. Unlike some of us have...